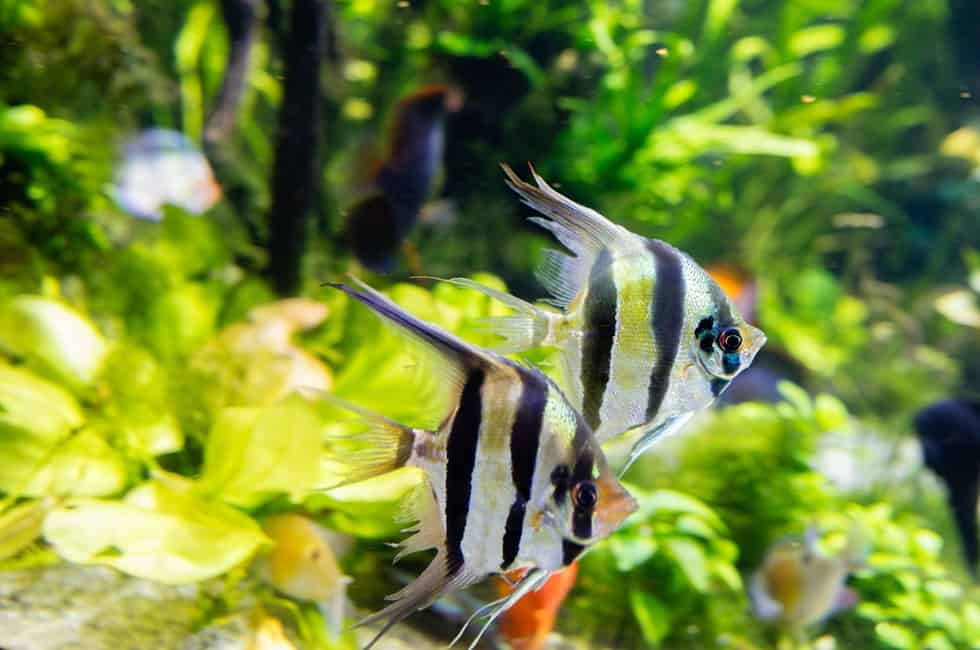 Angelfish is a species of fish which belongs to the family of Cichlidae. They are one of the most popular species of fishes use for aquarium purposes because of their beauty and their graceful movement in the water. Angelfish varies due to its colors and patterns.

How Often do Angelfish Lay Eggs? Depending on the size and strand of an Angelfish, an Angelfish can lay anywhere between 100-1000 eggs in just a single laying.  Each pair is capable of laying every two weeks or more if you immediately separate the eggs. The eggs if left with the pair will most likely not lay again until the eggs/babies are separated from each other or are destroyed.

The size of the papilla says it all; the one with the bigger papilla is the male.

The Angelfish has separated itself by its complexity in reproductive behavior by involving competition for sexual and territory partners, courting, mating, and parental care.

This species is mostly found in shallow rocky areas and coral reefs and can be found from Florida and the Bahamas to Brazil. Presently, Angelfish (Pomacanthus paru) are listed as having a population with optimum stability which is recognized as the Least Concern due to its stability.

Collection of Angelfish for the aquarium trade is the only recognized existing threat to its population currently. Identification of male and female angelfish is not an easy task due to their similarities in size and coloration of the body but can easily be differentiated using the size of the papillae as indicated above.

In this species, mainly during the initial breeding phase, the couple is greatly involved with the offspring. The couples have been observed spending prolonged time periods together, exhibiting more of a monogamous social structure. It is usually unlikely to find to ever find a French angelfish by itself.

This species live, travel and hunt in pairs. The fish form monogamous bonds that normally lasts for as long as both individuals are still alive.

Angelfish are life partners that mate for life. Adult angelfish are only seen alone when their mate has died. The widow angelfish seldom looks for a new partner.

Pairs of angelfish cruise several feet above the reef, rising in the water column, bringing their vents close to each other and releasing their sperms and eggs into the water. This process often goes on and on periodically.

Do angelfish lay eggs without male?

Angelfish that are ready to breed often select their mates on their own. If they happen to be amongst a group of fish, they will choose a selected area of preference to claim as their own and prevent other fishes from gaining access to the area.

Two main factors determine the on-set of their breeding. These factors include the amount of space they have access to and the level of care they’ve been exposed to. 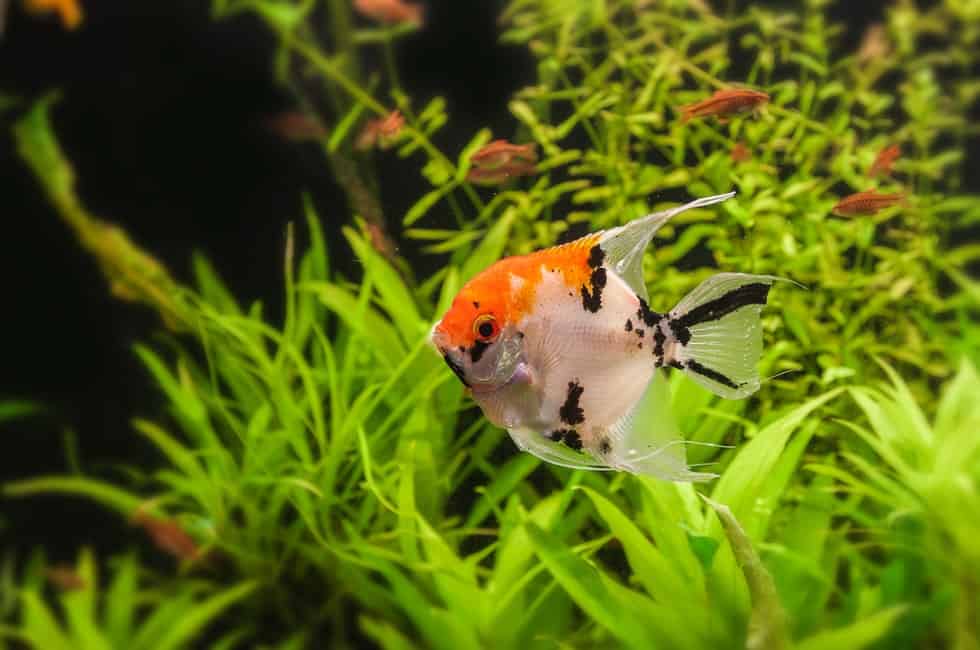 With great care and adequate space, angelfish are capable of breeding five to twelve months of age. However, with little or no care, it takes longer and might never happen.

Space is also an important factor that should be mostly taken into consideration. An overcrowded environment will inhibit the spawning capacity of an angelfish no matter how capable the angelfish can spawn.

How to Tell if an Angelfish is Ready to Lay Eggs

These signs include noticing close proximity of a male and a female angelfish close enough to pecking gently at each other’s dorsal and caudal fins, a couple of angelfish chasing other angelfish from their territory, also when u notice great cleaners in your tank trying to prepare a secluded area of your tank to lay.

These are signs to watch out for if you are suspecting your angelfish to spawn soon.

An Angelfish can be found to lay eggs when the face is viewed from an angle at the top, you notice a relatively small budge in the stomach area.

The head at the area just above the pectoral fins should be carefully viewed. A noticeable difference will be seen as the female will be found slightly convex especially when the female is full of eggs.

The male and female pair can also be found noticeably to stand alone as a pair. In a particular spot they have picked at and cleaned for a few days as they prepare to spawn, the female will lay it’s eggs while the male goes on to fertilize it.

The female prefers to deposit her eggs in a neat row while the male follows up behind to use his own papilla to fertilize each egg individually. After 10-12 days a tiny angelfish will hatch. This is as a result of successful fertilization.

They are always found helpless at birth to the extent that their movement is restricted to a particular spot. Their food has to be brought to them to ensure their growth and survival.

The fry will become free swimming sometime around day five, and they will start to eat on their own around day seven once the yolk sacks have been fully absorbed by the fry from their eggs.

Female angelfish can produce eggs with or without a male although they will be unfertile. Without a male, they will not be fertilized resulting in no fry.

When female angelfish become heavy with eggs, they spawn without a partner. This is because female angels can lay their eggs on their own. If they get along, a male angelfish will help the female make fertilized eggs.

But if that is not the case, they sometimes absorb the eggs before they are laid if a male angelfish is not present. These unfertilized eggs most likely turn white in a day or two and the female will eat them. Female angels are aggressive while breeding so they try to protect their eggs.

They end up eating them or the other fishes will. There is a possibility of two female angelfish pairing up by laying eggs with each other. But the eggs will all turn white due to the absence of a male angelfish to fertilize them. Bad quality water and fungus could also be reasons why angelfish eggs turn white.

How do you care for your angelfish fry?

Feeding of your angelfish fry is also very important so as to prevent them from starvation, you can feed them with brine shrimp(solid), or commercial foods which maybe fry starter formula or first bites.

Your angelfish fry is capable of eating normal fish foods after four weeks.

The number of years an angelfish can live for is dependent on a few factors. They are a cold-blooded animal so their metabolism is determined by the temperature of their environment. High temperature connotes high metabolism, and a high metabolism seems to quickly burn them out.

How long does it take for angelfish to reach full size?

The low temperature will further increase their lifespan but also adverse effects on them. When the temperature is kept low it reduces their frequency of spawning and leaves their immune system less responsive. In this type of situation, balance is key.

In conclusion, angelfish are beautiful freshwater fish which comes in a variety of colors and patterns.do you desire to beautify your aquarium with freshwater fish? Consider angelfish! Angelfish also serves great commercial purposes.

2 thoughts on “How Often do Angelfish Lay Eggs?”